The Wine House is a retailer of high quality and well-priced wines and spirits
from Argentina, France, Chile, Spain and Italy.

Our brands come in different varieties of red, white and rose wines.

Why do wines get aged in oak barrels?

Before there were glass bottles (1600’s and before), most wines were stored and sold in wooden barrels. In fact, paintings from around this time period often show wine barrels strewn about. And, while we’ve outgrown the necessity for barrels to store and transport wine, we’ve come to acquire a taste for it. Oak barrels are an integral part of modern winemaking (and whisky too!)

How Do Oak Barrels Help Wine?

Hopefully you’ve already experienced how wildly different your coffee, tea or soda tastes at different temperatures. This same ideology applies to wine. Also, some of the more delicate floral aromatics in fine wines are completely subdued at overly cool temperatures or burn off too quickly when the wine is too warm.

A wine bar owned and operated by Recinos Imports Ltd. The Wine House offers a collection of quality wines from across the globe. Relax in our cozy wine bar lounge with friends or stop by and purchase your wines to go. We also offer a variety of local and international artisan cheeses and meats that pair perfectly with any wine in our collection.

Follow us on Instagram and stay up to date with all upcoming events, new products and daily specials.

Follow us on Facebook and stay up to date with all upcoming events, new products, and daily specials. 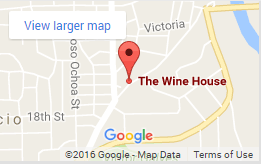 Find our latest updates by following us: